This is not an Umbrian dish, it´s Tuscan, but it´s never too late to try good things. 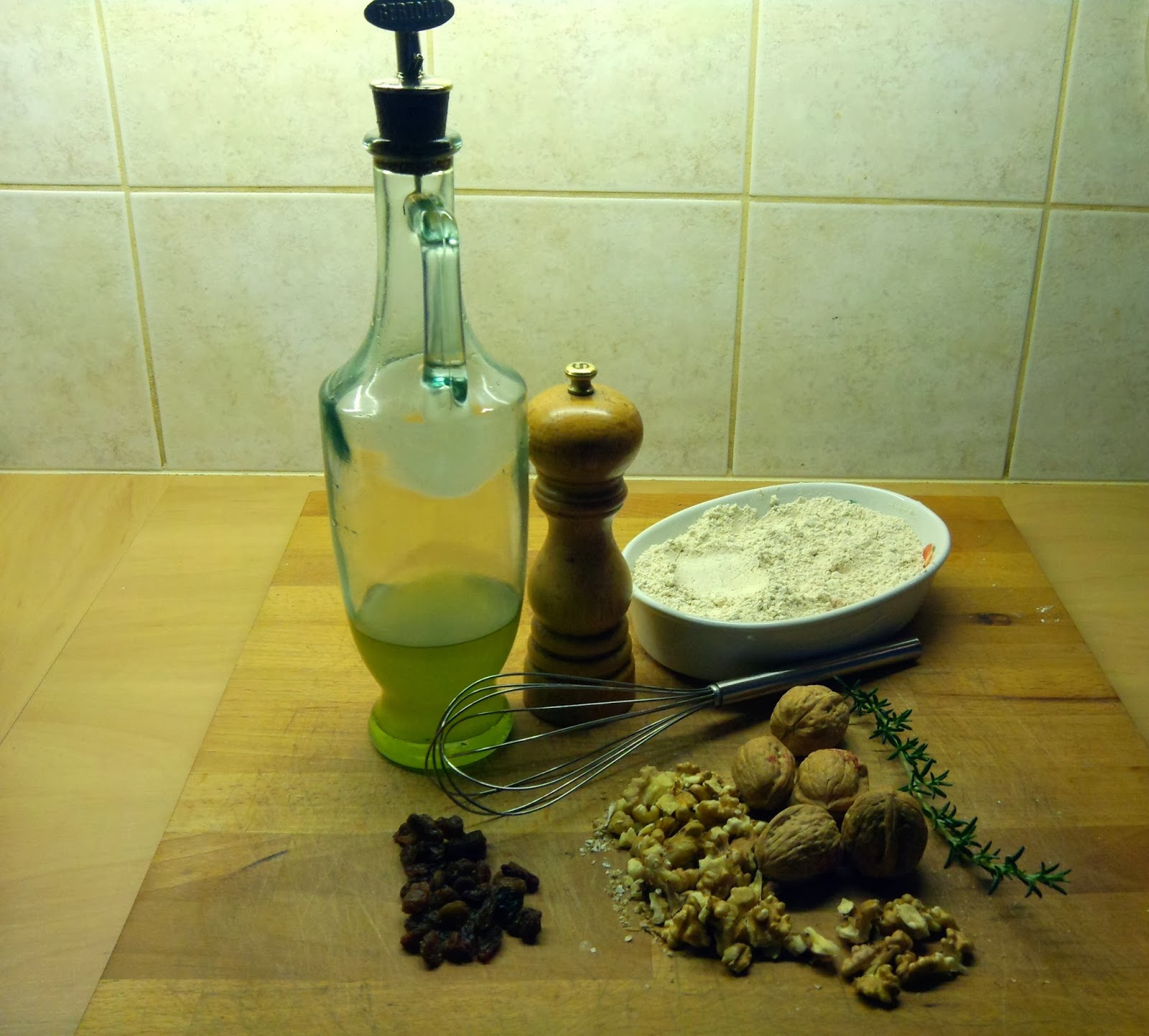 Preheat the oven to 200°C
Mix the flour and the water carefully until it´s a smooth paste. Set aside some of the raisins, pine nuts and walnuts to cover the pie later. Add the other raisins, walnuts an pine nuts to the paste and mix carefully. 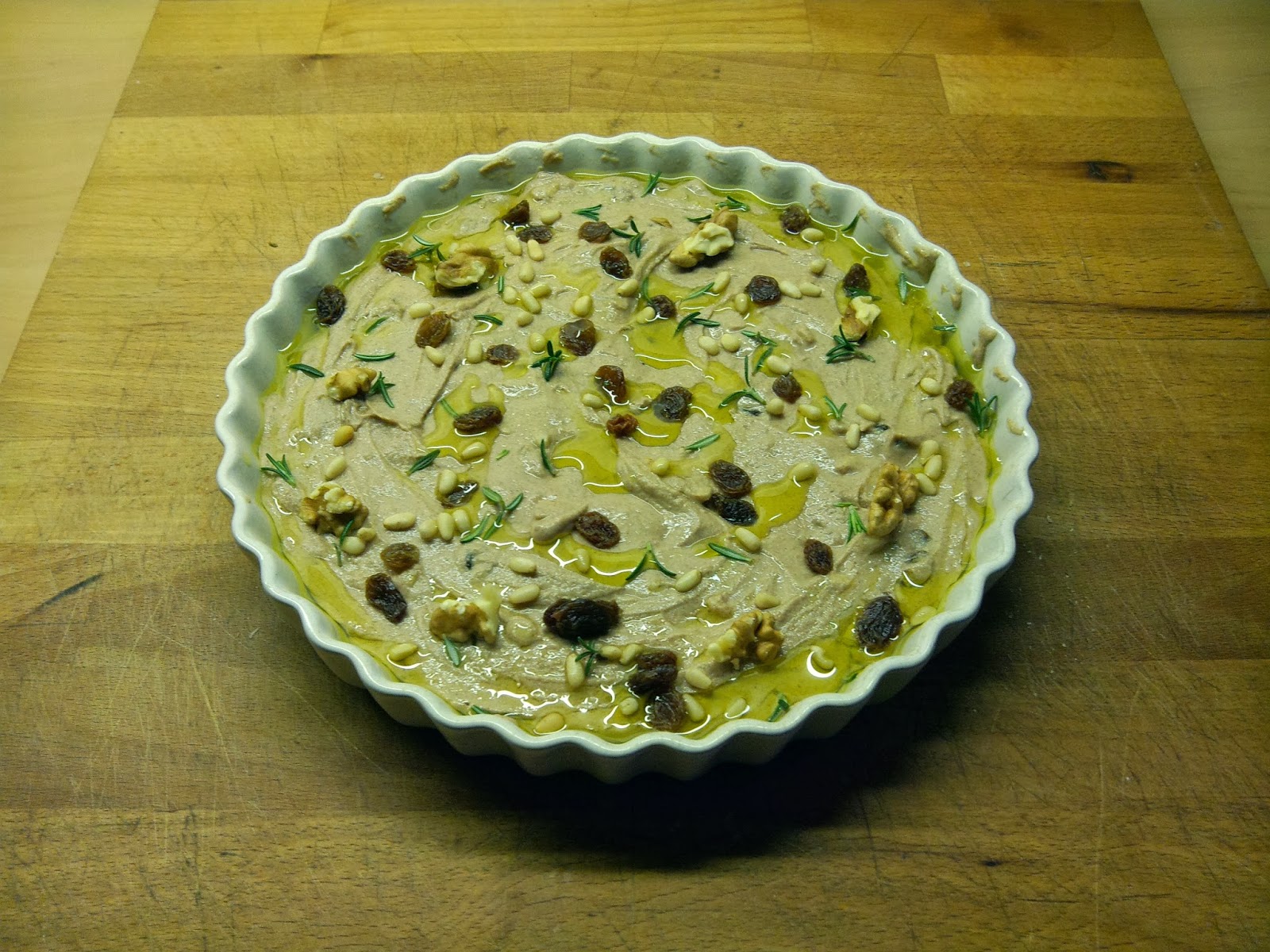 Cover a shallow tin with ample olive oil. Put the dough into the tin and carefully divide it equally. Cover with the left over raisins, walnuts and pine nuts. Spread the rosemary-needles over the pie. Sprinkle two spoons of olive oil over the pie.


Put in the oven for half an hour until the castagnaccio has a golden colour. 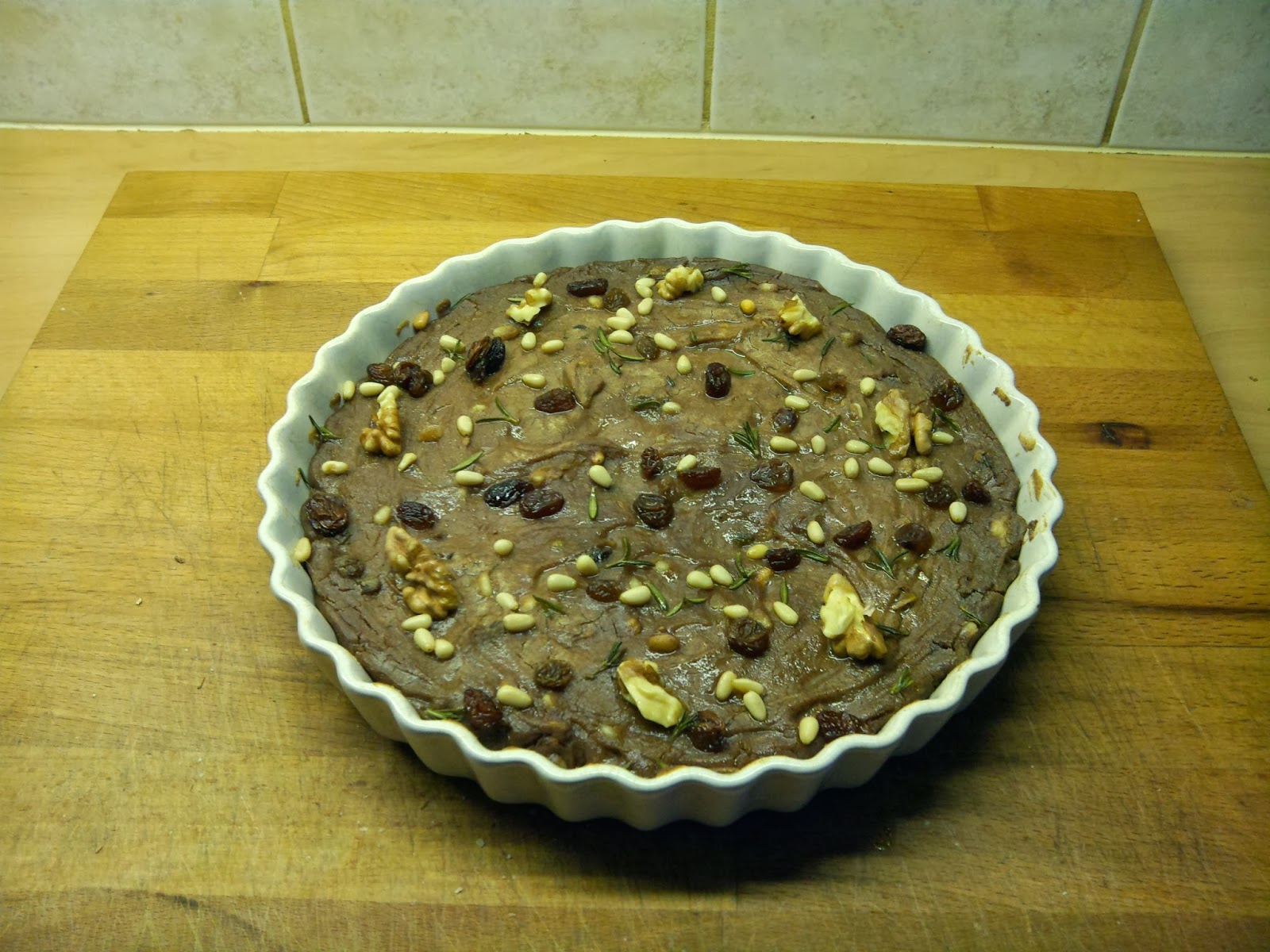